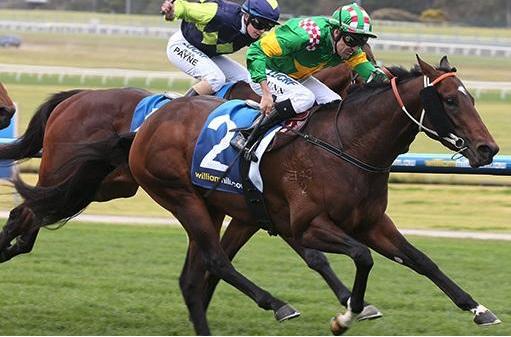 Trainer Chris Munce is hoping stable speedster Snoopy can break through for his first stakes-level victory in Saturday’s Listed Lightning Handicap (1000m) at the Sunshine Coast.

Formerly trained by the Michael, John and Wayne Hawkes, Snoopy comes off a narrow first-up second to Guard of Honour in the Bat Out Of Hell (900m) at the Gold Coast four weeks ago where he was closing late under an impost of 58.5kg.

The run marked the second feature-race placing for Snoopy in only four starts since joining the Munce Racing stable late last year, following on from a 0.2 Length third in the Group 3 George Moore Stakes (1200m) at Doomben over the Queensland Summer Racing Carnival.

The five-year-old gelding has also previously been placed at Group 2 and Listed level, and Munce is hoping that run of stakes placings is about to come to an end on Saturday.

“Snoopy has been kept fresh purely for these sprint races as I think he’s much better over these shorter trips,” said Munce.

“We know that he’ll hit the line very strongly and the soft track certainly won’t hurt him either.”

The son of Lope De Vega (IRE) has an impressive record racing whilst fresh, having recorded a win and two placings from five previous second-up assignments.

Snoopy drops to 57kg on Saturday, with leading jockey Damian Browne booked to have his first ride on the horse from barrier 9.

“He’s drawn a bit of an awkward gate but hopefully with good navigation from Damian Browne he can find a nice spot just behind the speed.”

Snoopy is not the only Munce Racing runner lining up in Saturday’s feature meeting at the Sunshine Coast, with two-year-old Pony Power entered for the Fuji Xerox Sunshine Coast Oxlade Stakes (1200m).

A gear change reaped rewards with the Foxwedge filly last start, when the addition of blinkers saw her finish a narrow second to Cryptonator in a 2YO Handicap at the Sunshine Coast.

Munce said he expected Pony Power to benefit from her last start effort, despite the step-up in grade on Saturday.

Pony Power, who wears the Payne Family Racing colours, has drawn favourably in barrier 3 and will again be ridden by Ron Stewart, who has recorded a win and a placing in four starts on the filly.

“Pony Power has come on nicely since her last start second at Caloundra. It’s obviously a bit harder race this weekend but she’s freshened up nicely,” said Munce.

“Hopefully from the nice draw Ronnie can give her a nice run behind the speed and if she shows the courage we know she’s got, she should figure in the finish.”