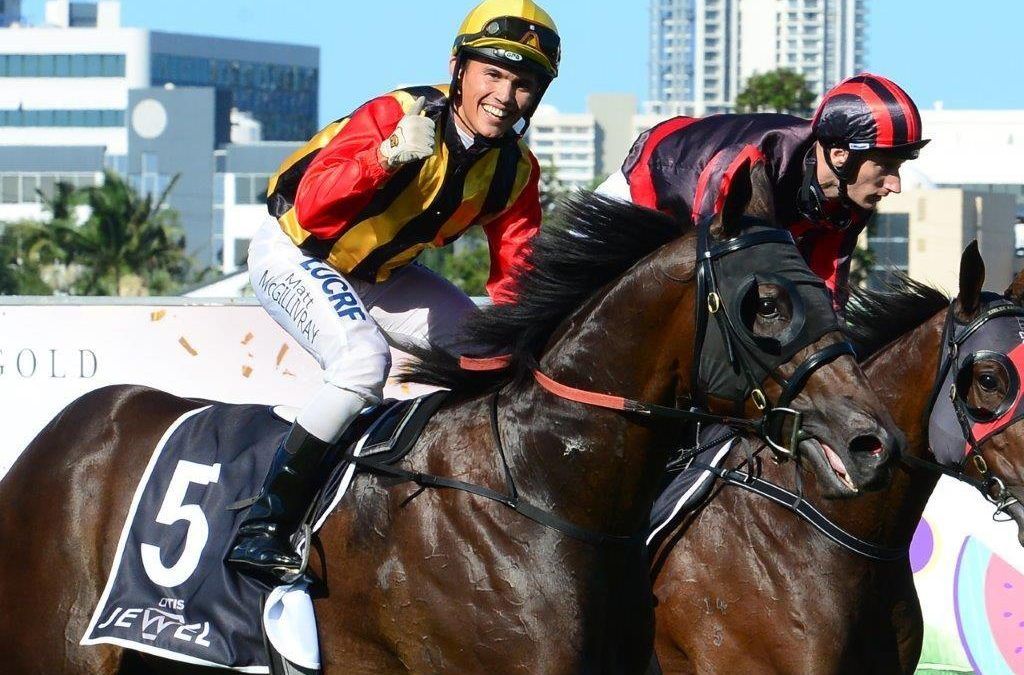 A big day of racing action for the stable today with our first Group 1 starter lining up at Doomben and runners heading to both the Gold Coast and Toowoomba.

“I’ve been very happy with him since his last effort, he’s really come on nicely and I’m sure he’ll acquit himself well.

“His work through the week was good. On Tuesday morning he went to Doomben and worked over 1000m with an older horse and galloped up very strongly.

“I’m certainly not worried about his fitness levels, obviously we’ve got to see if he can run out the mile but he’s shown me every indication that he will.

“Matthew will give him a good ride on the speed, either the lead or the first two or three and from there the rest is up to the horse.”

Maiden WESTERN ORDER heads to the Gold Coast again, stepping up to 1400m in the Classic Holidays Maiden Plate.

TRAINER COMMENT: “She seems to be coming on nicely, she looks very well the filly. Her work has been strong enough to suggest she’ll be competitive in a race like this.”

Sprinter ROYAL HOOTENANNY was a dual acceptor for Toowoomba on Saturday and Ballina on Monday but will head to Toowoomba due to a likely wet track at Ballina.

TRAINER COMMENT: “She’s done very well, her work seems to have picked up nicely. She seems to be bright and fresh enough for the 1050m so she’s ready to run as well as she can.”

Stayer SIR CASS lines up in the Joe Wagner Group Class 3 Plate at Toowoomba over 1860m, with jockey Ron Goltz to ride.

TRAINER COMMENT: “The 1800m may be a little short of his best, but I think the smaller field allows him the chance to find his feet and travel nicely just off the speed and we’re expecting him to be strong late in the race.”

Good luck to all connections.