KEEP YOUR ROSES TO RESUME AT TOOWOOMBA 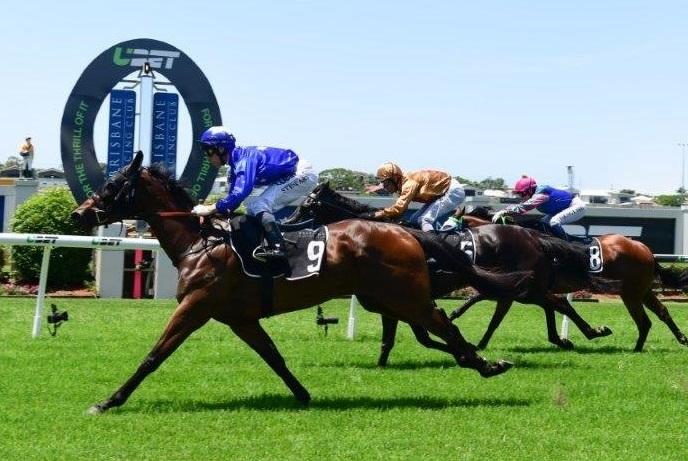 Trainer Chris Munce is expecting a forward showing from promising three-year-old KEEP YOUR ROSES who resumes in the Trackside Photography Fillies and Mares Class 3 Handicap (1200m) at Toowoomba tomorrow.

The Love Conquers All filly heads into the race having benefited from trials over the past month and with experienced jockey Mark Du Plessis engaged to ride for the first time.

The meeting marks the first time KEEP YOUR ROSES has raced outside of Saturday metropolitan grade since breaking her maiden at a midweek Metropolitan meeting at Doomben in December last year.

“There looks to be good speed in the race and I suspect she’ll be just off the main leading bunch.

“If she gets the right sort of run into the race from Mark, I expect her to finish off very strongly and be one of the main players in the race.”

The stable also has several other runners lining up at Toowoomba tomorrow.

Maiden DAZZLING GREY lines up in the Class 1 Plate (2100m) after finishing fourth in an Ipswich Maiden over 2200m.

TRAINER COMMENTS: “She’s drawn nicely albeit in a strong type of race being a Class 1 Plate. But with the light weight on her back and the chance of there being a bit of speed in the race, I’d expect her to be finishing off very strongly.”

DOT PAINTING is second-up in the Colts, Geldings & Entires Class 3 Hcp (1200m) after finishing fourth at the Gold Coast on a heavy track first-up.

TRAINER COMMENTS: “He’s drawn a bit awkwardly in barrier nine of nine so we just want him to travel where he is comfortable just off the speed. He’s had a trial in between his last run and if he gets the right run, I’m sure he’ll be more than competitive.

TRAINER COMMENTS: “We’re probably not going to strike a heavy track as we would have liked but the horse has done well enough since his trial the other day. He was a bit big in condition but over the last two weeks I’ve been very happy with the way he’s trained on.”