ZEGOTA AIMING FOR THREE ON THE TROT 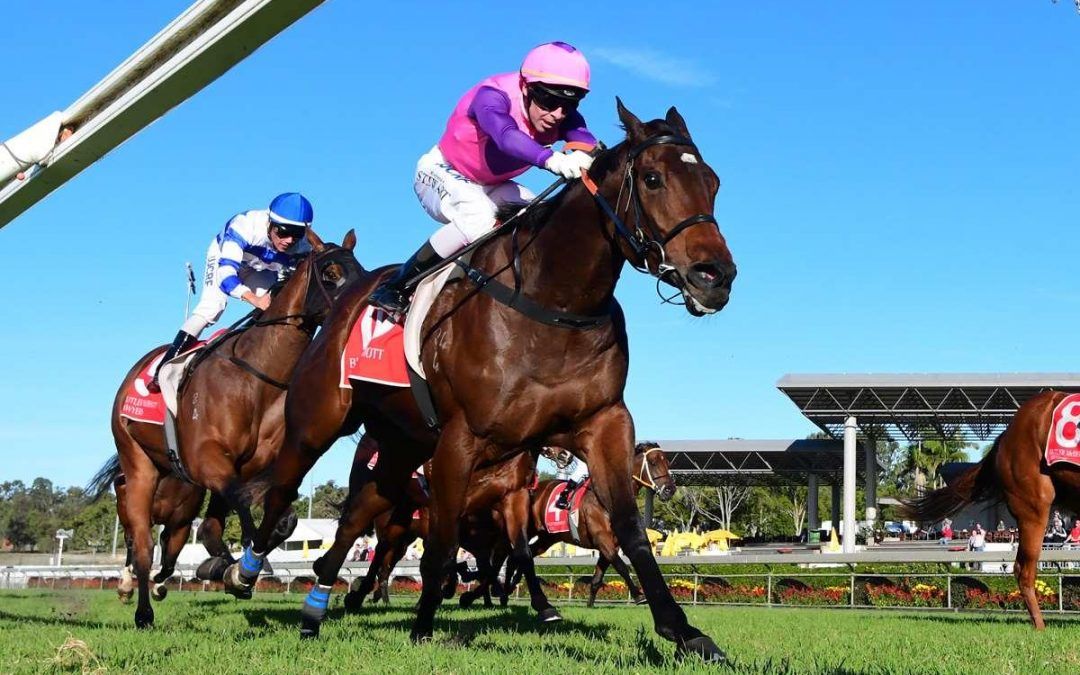 Trainer Chris Munce believes ZEGOTA’s early speed and the likelihood of a wet track could help her offset a wide barrier at Ipswich tomorrow as she shoots for her third straight victory since joining the stable.

Rain across South East Queensland during the week has Munce closely monitoring the track conditions for the stable’s seven runners which have accepted for tomorrow’s meeting at Ipswich.

Should ZEGOTA take her place in the Class 3 Plate (1000m), Munce believes the outside barrier may not prove to be as much of a disadvantage as it normally would be over the 1000m at Ipswich.

The All Too Hard filly has a perfect record for the stable after registering victories at Gatton and the Sunshine Coast over the past month since arriving from Hawkesbury trainer Brad Widdup.

“Unfortunately she’s drawn the car park in barrier 11 but she has got good speed and with the rain, it may be an advantage to have drawn out wide,” said Munce.

“We’ll assess the track rating in the morning before we decide if she takes her place tomorrow.”

The stable has another six runners racing at Ipswich, with the final track rating tomorrow morning to determine if all horses take their place.

Chris gives his thoughts on their chances below:

TRAINER COMMENTS: “The likelihood of a soft track probably helps his chances. He’s drawn quite nicely and with Ronnie Stewart aboard and blinkers on, I’d expect him to jump out and put himself in a positive position. We’ll have to see how this weather unfolds in the next 24 hours but I expect him to race very competitively if he does take his place”

TRAINER COMMENTS: “She’s drawn really well for once which is a pleasant change. The wet track is probably not ideal for her as she’s a big striding filly, but she’s very well and I couldn’t be happier with her going into this race if she does take her place.”

TRAINER COMMENTS: “We’re still a bit undecided if he will go around with the weather the way it is. The horse has come on nicely and I don’t want to waste a run on a heavy track when there’s other options available to him in the coming weeks.”

11. Social Conquest (3), Ron Stewart, 56.5kg
TRAINER COMMENT: “From a good draw, I expect him to race forward in a good position. The likelihood of a wet track helps him in my opinion as he’s performed well in the wet before and he’s had enough runs to toughen him right up, so fingers crossed he gets the right sort of run and can figure in the finish for us.”

7. Monaco Playboy (10), Ryan Wiggins, 57.5kg
TRAINER COMMENT: “The likelihood of a wet track helps him I feel. He’s come along well since the Toowoomba run, we’ve put a lot more miles into his legs and he’s handled everything really well. I would like to think from the 1350m shoot we could let him roll forward tomorrow.:

10. Kingaroy (12), Jim Byrne
TRAINER COMMENT: “Not ideally drawn and the likelihood of a wet track probably makes his job that little bit more difficult, so we’ll just have to see how the weather unfolds overnight.”