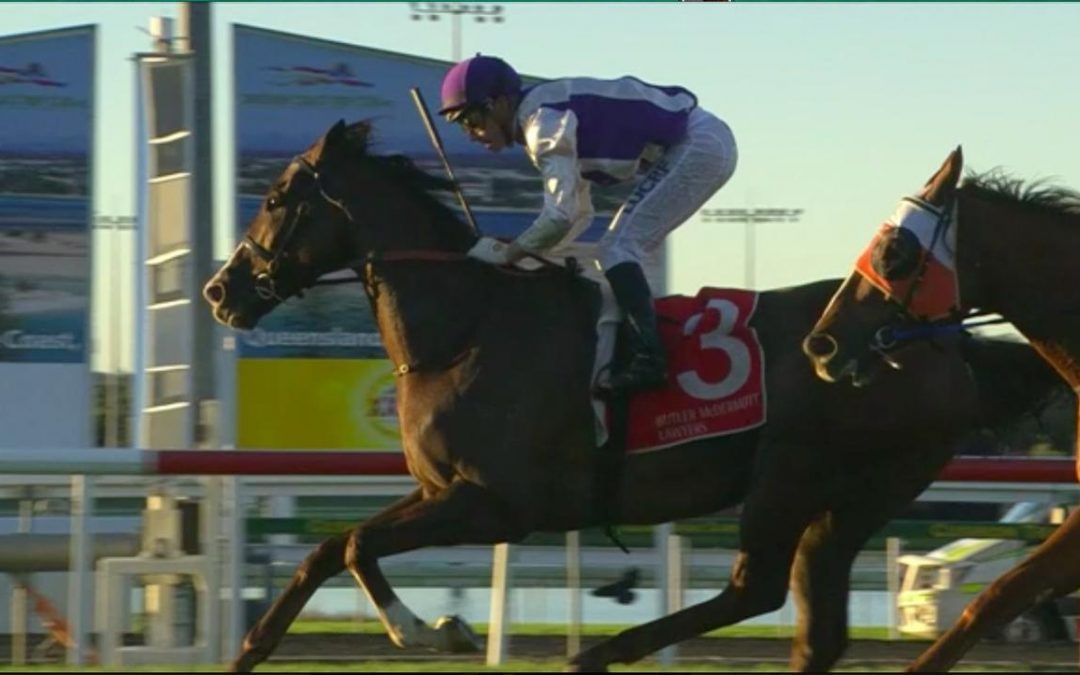 The fast-finishing MONACO PLAYBOY will be chasing two straight wins when he steps up to Midweek Metropolitan grade at Doomben tomorrow.

The five-year-old gelding showed a strong turn of foot to score a nice win over 1400m at the Sunshine Coast on Sunday, July 8 in his last outing and he will again be partnered by jockey Ryan Wiggins in tomorrow’s Lazy Yak Class 4 Handicap (1350m).

Trainer Chris Munce said the only slight query heading into the race was the Doomben rail being out 10 metres.

“He is going really well in his work and it was a terrific win last start at Caloundra when he was ridden back off the speed,” said Munce.

“With the rail out 10 metres tomorrow it is a bit of a concern where he gets to in the run but I will leave that up to Ryan who gets on really well with him.

“But he is in good form and it looks a good competitive race for him.”