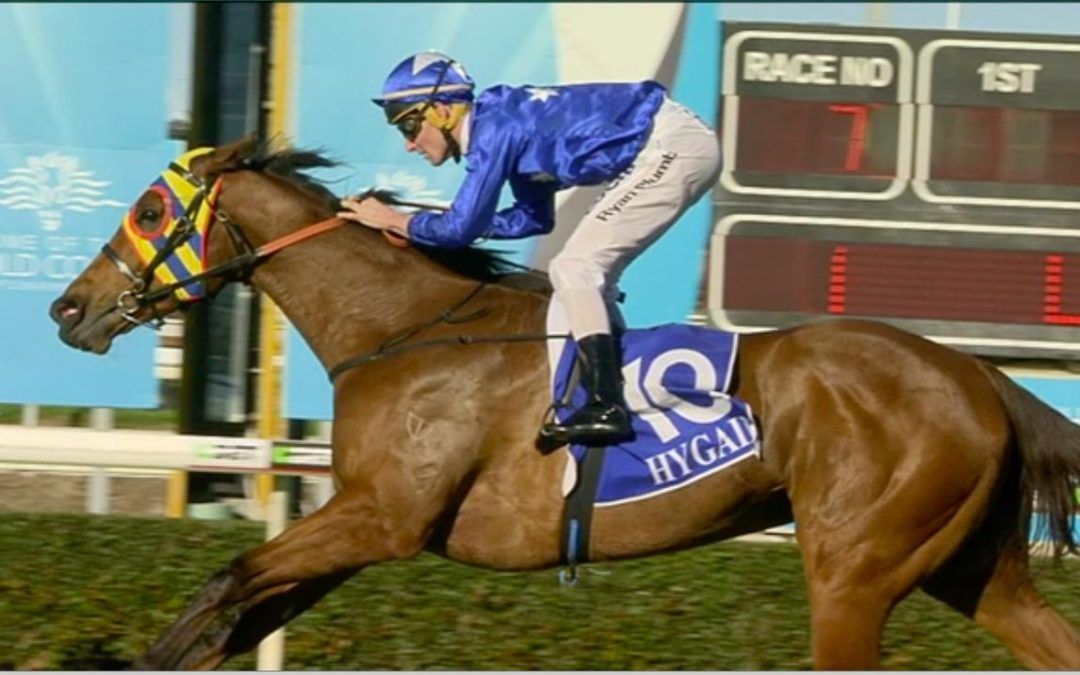 In-form sprinter HELFUCHI will chase her second straight victory when she steps up to Saturday Metropolitan grade in tomorrow’s $70,000 Explore Resources Plate (1200m) at Doomben.

The three-year-old Helmet filly backs up seven days after recording an all-the-way victory at the Gold Coast Turf Club last Saturday over 1100m.

HELFUCHI’s other only previous trip to Doomben was on debut as a two-year-old at Saturday Metropolitan level when she finished third.

Trainer Chris Munce said he had just kept the filly ticking over during the week and believed there was no indication she wouldn’t be able to handle the seven-day back-up between races.

“It’s a quick back-up after a very dominant win at the Gold Coast last Saturday. I haven’t done a lot with her during the week as she’s obviously very fit and healthy,” said Munce.

“She looks a million dollars so I’ve just kept a smile on her face all week, kept her nice and bright and fresh.

“From the good draw tomorrow and with an experienced rider in Mark Du Plessis aboard, she’ll be able to control the race from the front.

“We know she likes to roll along at a nice strong tempo and I’ve got no doubt she’ll be strong to the line at the end of 1200m.”

The stable also has two other runners lining up at Beaudesert tomorrow.

Chris gives his thoughts on the stable’s runners below:

TRAINER COMMENTS: “He’s done well enough since his last run, the hard track did have a little bit of an effect of him after Caloundra, combined with the torrid run he was given in front. The instructions tomorrow won’t be to ride the horse in that same way and hopefully Ryan Plumb can find him a bit of cover. We’ll go there tomorrow confident that the horse will run a competitive race for us.”

TRAINER COMMENTS: “It looks a nice race for him and the speed map looks like he’ll be able to roll forward and be right there on top of the speed. If he can run and perform to the same rating he did at Grafton, I’m certain he’s going to be right in this race and be very hard to beat.”