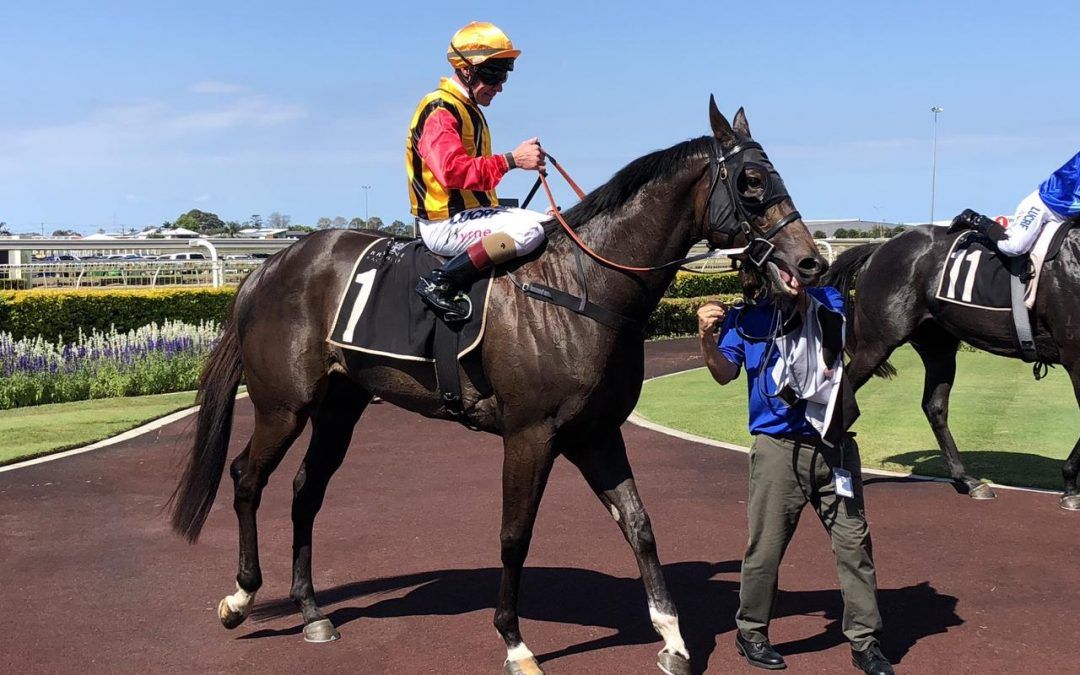 The son of Spirit Of Boom was a fast-finishing fourth when resuming a fortnight ago, after jockey Jim Byrne was forced to settle at the tail of the field from a wide barrier.

BOOMSARA fared better at the barrier draw this time around after securing barrier four in a field of eight and Munce is happy with the gelding’s progress as he takes another important step on the road towards the Magic Millions 3YO Guineas (1400m) at the Gold Coast on January 12.

“It’s a nice competitive barrier for him and certainly a big improvement on last start when he drew wide, got back and had to make a long sustained run,” said Munce.

“Having had that run under his belt, he strips a lot fitter on Saturday and he has come on nicely.

“This race is just a nice platform for him going forward to get him out to the 1400m on Magic Millions day.”

The stable also has Saint Patricks Day racing on the Doomben program in the Class 6 Plate (1350m).

Munce revealed he had given the horse a jumpout on Tuesday morning in order to tune him up for his first run in a month since fading to finish 13th behind Tawfiq Boy at Doomben on November 3.

“He’s drawn nicely (barrier 4) and he had a nice jumpout on Tuesday morning,” said Munce.

“We’ve had to mix things up a little bit with him but he’s certainly in competitive form to race better on Saturday.

“A bit of rain around wouldn’t hurt him either.”

At the Gold Coast, BADGE OF GAMENESS steps up to 1300m after an encouraging first-up effort to finish third at Beaudesert.

“He’s drawn nicely and with Nathan Day to take the ride, I think it’s a good stepping stone for him,” said Munce.

“If he can improve a couple of lengths on what he did at Beaudesert, I expect him to race very well.”

COME RACING WITH US. CLICK HERE TO VIEW OUR AVAILABLE HORSES