​SPIRIT OF TULLOCH LIVES ON THROUGH STAMPE 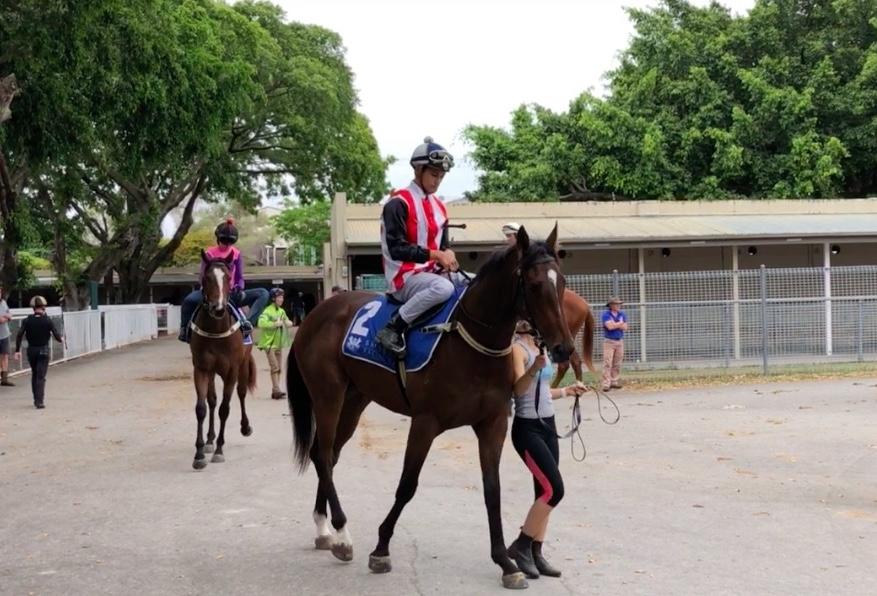 The famous colours of Tulloch will be reborn at Doomben tomorrow when the Chris Munce trained two-year-old STAMPE makes his debut in the Listed Phelan Ready Stakes (1110m).

The debut of the home-bred Whittington colt STAMPE (pronounced Stamp-ie) will be a special moment for owner-breeders Phil Gutzke and Malcolm Schumacher.

Gutzke now owns the famous colours worn by Tulloch after they were gifted to him by good friend and former North Queensland trainer Patrick Donnollan when he retired from training three years ago.

“Pat was a premiership jockey in North Queensland and he was in a race club one day and he said that he was going to become a trainer, when someone said ‘what colours are you going to have?’,” recalled Gutzke.

“He looked up at the wall to a photo of Tulloch and he said ‘I’m going to race in those colours’. He just applied for them and had them registered for some 42 years.

The story of STAMPE begins on Gutzke’s cattle farm near Boonah, where the youngster grew up galloping alongside cattle and stock horses for the first year of his life.

He is a product of Schumacher’s mare Envelope, who grew up on Schumacher’s sheep farm in Emmaville, NSW before being transferred to Gutzke’s property for breeding purposes.

The pair sent their then colt to Grandview Stud to be educated and sought out Munce to be his trainer after meeting him at this year’s Magic Millions sales.

“Chris has done a great job with him,” said Gutzke.

“He’s always spoken highly of STAMPE and look what he’s built him into.

“We gelded him so we wanted to have him for longevity as a racing career, it’s not just about racing him as a 2yo.

“They tell me these Listed races are pretty special.

“We bred him and did everything with him so to have him having his first start in a Listed race is amazing. We’ve already won.”

STAMPE has the benefit of two barrier trials heading into tomorrow’s first-up assignment, winning his most recent outing at Doomben where he defeated tomorrow’s short-priced favourite Sun City.

Although bookmakers have underestimated the son of Whittington, who is $26 in early markets, it hasn’t bothered his owners.

“Chris has got his nose under the radar,“ said Gutzke.

“They are all talking about Sun City but we pipped him in the trial.

“We’re looking forward to seeing it all come together. It’ll be a nice moment tomorrow no matter what the result.”