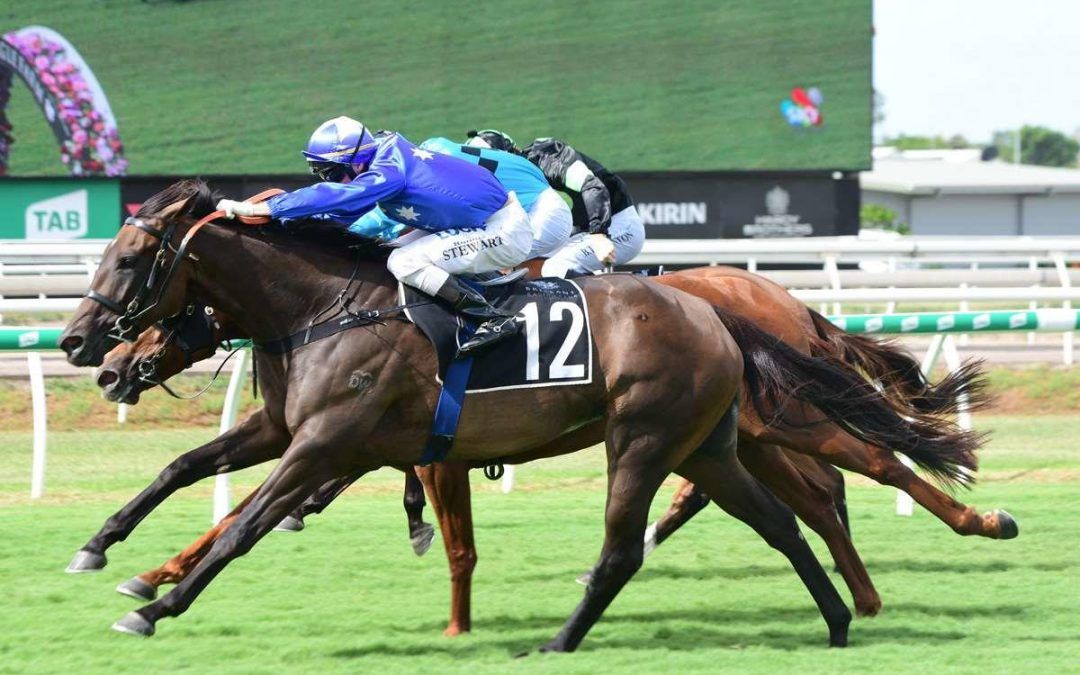 In-form duo SKATE TO PARIS and ZOUCARA will be looking to continue their winning ways at Eagle Farm tomorrow while popular grey URBAN RULER takes another important step in his preparation on the road to the All Star Mile.

Off the back of two wins from her last three starts, in-form mare SKATE TO PARIS steps up in grade to contest the Class 6 Plate (1200m).

URBAN RULER also tackles Class 6 company over 1600m, looking to improve on his first-up run over 1350m at Doomben a fortnight ago as he continues en route to the All Star Mile at Flemington on March 16.

Last start winner ZOUCARA and KEEP YOUR ROSES (emergency) are both entered in the Class 2 Plate (1300m), with ZOUCARA coming off an impressive Class 1 win at the Sunshine Coast and KEEP YOUR ROSES looking to build on an encouraging first-up second at the same track a fortnight ago.

CHAMP ELECT steps up to the 1400m in the BenchMark 75 Handicap, having had three weeks between runs since a first-up 10th at Eagle Farm on February 2.

COME RACING WITH US TODAY. VIEW OUR AVAILABLE HORSES HERE

Trainer Chris Munce previews all of the stable’s runners below:

TRAINER COMMENTS: “She’s second emergency but hopefully she gets a run and I’m sure if she does, she’ll be in the finish. The 1000m first-up didn’t really suit and her work has been very good since so she’s certainly going into this race a lot fitter.”

TRAINER COMMENTS: “She’s drawn the carpark but she will come in to barrier 13 at worst so at this stage I’m keen to run. Obviously this is a step-up in grade but her work has been good and she looks a million dollars. If she can be within striking distance on the corner, I’ve got no doubt she’ll hit the line strongly.”

TRAINER COMMENTS: “He’ll be looking to settle just off midfield somewhere. A lack of speed in the race could make his job difficult to run the leaders down but he’s going well.”

TRAINER COMMENTS: “She won’t know herself with the 52.5kg on her back. Obviously the barrier isn’t in our favour but if this weather sets in, there might be some more scratchings so she could come in a few spots. It’s quite a strong race but I’ve got no doubt she’ll hitting the line strongly like she always does.”

TRAINER COMMENTS: “She has a change of rider and hopefully she can settle just behind the leaders and finish her race off solidly.”