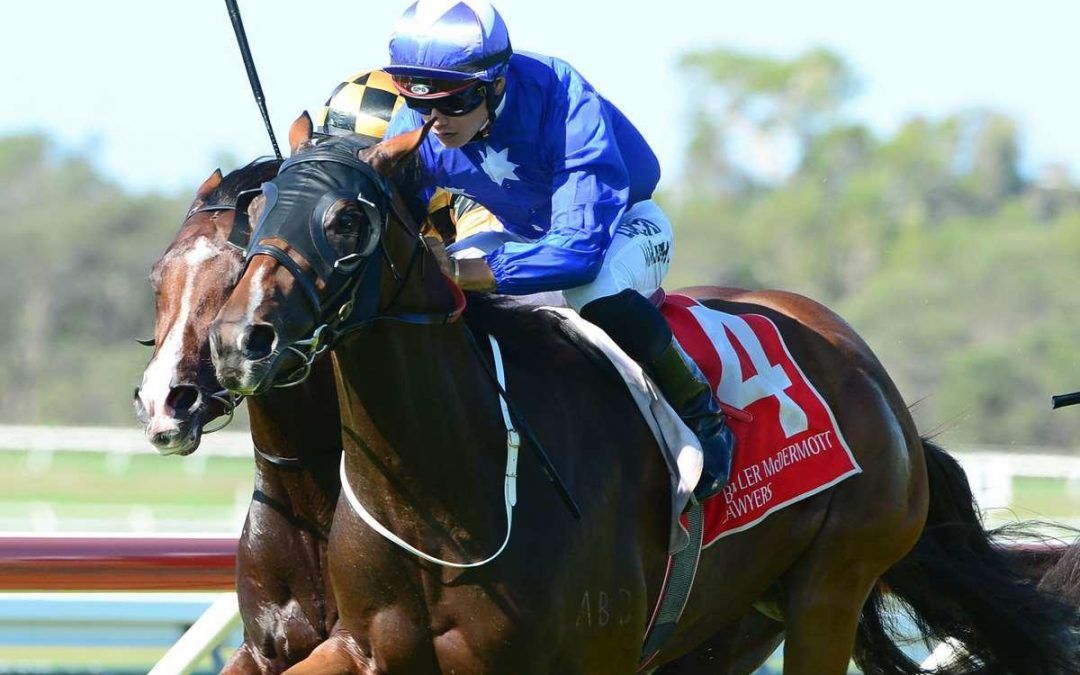 Last start winner STARKERS steps up to the 1600m at tomorrow’s midweek Metropolitan meeting at Ipswich as he chases back-to-back wins.

The well named STARKERS (by Love Conquers All out of Nude Model) comes off the back of a win over 1400m in Class 1 company at the Sunshine Coast on March 24 (Watch the replay below) and will be partnered by the experienced Larry Cassidy.

The stable also two others runners at the Ipswich meeting in SMARTYPY, who has had almost a month between runs, and CONSTANTINE, who resumes from a spell.

** COME RACING WITH US. VIEW OUR AVAILABLE HORSES **

TRAINER COMMENTS: “He’s out to the mile into unchartered territory but I think it will suit him as he relaxed very well last start before sprinting home and running some fast sectionals. He’s done very well, obviously he’s up in grade, but he’s certainly doing a great job for where he is at in his career.”

TRAINER COMMENTS: “He kicks off his campaign back to a Class 5 over 1200m. He might still be a bit new but his trial was very solid the other day. The barrier is a bit sticky but we know he is the class horse in the race and he’s ready to go to the races.”

TRAINER COMMENTS: “I’m pretty happy with where she is at, she has had a little bit of time between runs now but she had a trial the other day and we’ve tinkered with a bit of gear. Sean Cormack rode her in the trial and she has drawn well here so I just want him to get her to relax and if she does that, she should be finishing the race off well.”