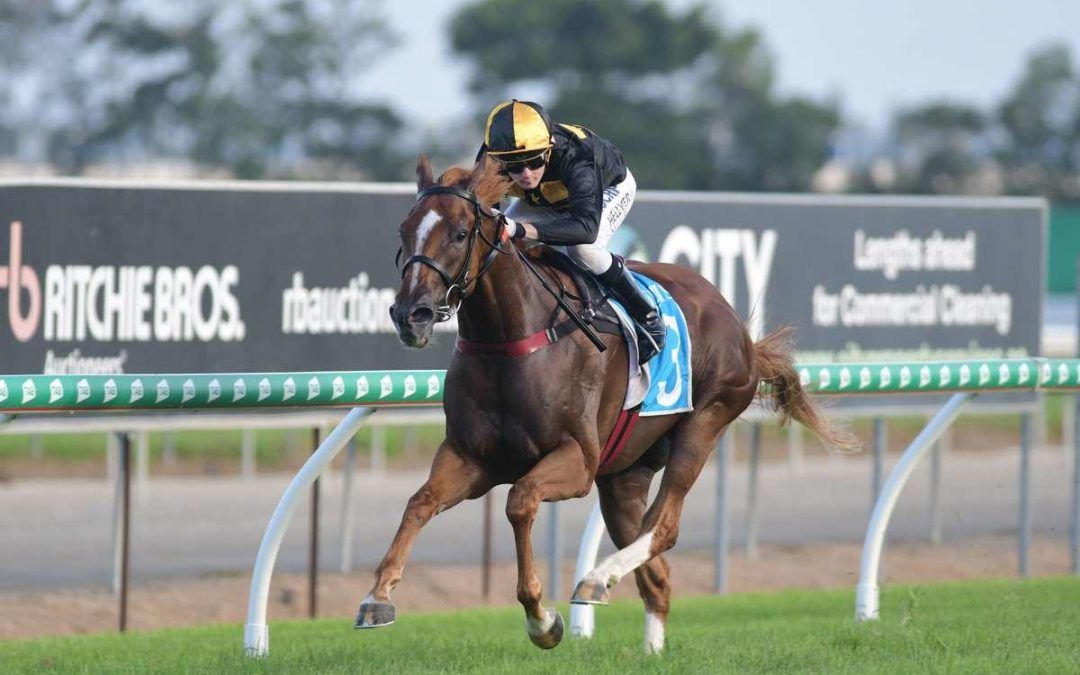 Fresh off a midweek Metropolitan double on Wednesday, the stable will be looking to continue its momentum this weekend with runners entered at Eagle Farm and the Gold Coast tomorrow, along with the Sunshine Coast on Sunday.

Impressive last start winner RACECOURSE ROAD steps up to Saturday Metropolitan grade over 1400m at Eagle Farm tomorrow off the back of a dominant win at the Gold Coast three weeks ago.

CEOL NA MARA resumes in the same race, a QTIS 3YO Plate, having had the benefit of two trials leading into this.

At the Gold Coast meeting tomorrow, three-year-old PONY POWER resumes in a Class 2 Handicap over 1200m, having recorded her two career victories at the Aquis Park track.

At the Sunshine Coast on Sunday, MARTINELLI contests a BenchMark 80 Hcp (1200m), while two-year-old SPIRIT ESPRIT lines up for start No.2 in the QTIS Two-Year-old Maiden Plate (1400m).

** COME RACING WITH US. VIEW OUR AVAILABLE HORSES HERE **

TRAINER COMMENTS: “She comes into barrier 7 with the emergencies out which makes her job a bit easier from that 1000m start. I think the trick with her is getting her to relax and if she does that, I’m sure she’ll hit the line very strongly. She’s done very well and she deserves to win a race like this.”

TRAINER COMMENTS: “It looks a nice race for him after his dominant win at the Gold Coast three weeks ago. He’s done really well since and has had a couple of nice gallops. We’ve got ourselves a fit horse and I’m confident he’ll run the 1400m out strongly but until we get him under race conditions we won’t know for certain.”

TRAINER COMMENTS: “She has had two nice 1000m trials leading into this first-up assignment and she does have some residual fitness on her side but she will certainly take a lot of benefit from anything she does tomorrow. I’d like to see her hitting the line and finishing the race off very strongly.”

TRAINER COMMENTS: “It looks a nice race for him, we would have preferred a bit more rain, but Eagle Farm does have a nice cushion on it no matter the conditions. Hopefully he can roll forward and put himself into a competitive spot as he normally does and then get to the outside to show us the grit and determination that we know he possesses.”

TRAINER COMMENTS: “It looks nice race for her to kick off her preparation with a good draw and Scott Galloway to ride. She’s had the benefit of the trial leading into this and she will improve on anything she does tomorrow. She’s done very well and I’d expect her to race more than competitively, particularly if there is a bit of rain around.”

TRAINER COMMENTS: “It looks a nice race for him based on what he’s been showing us. He’s still probably 6-12 months away from being at his best but he’s done a terrific job this preparation. If he can race to the level that he did first-up, I’m sure he’d be hard to beat in a race like this.”

TRAINER COMMENTS: “I’ve been very happy with him since his first-up run at Toowoomba which wasn’t all that flattering, but he’s had a bit more work and his gallop on Tuesday morning was quite strong and I think the step-up in distance will suit. If he can control the race from the front, I’m sure he’ll give a good kick.”