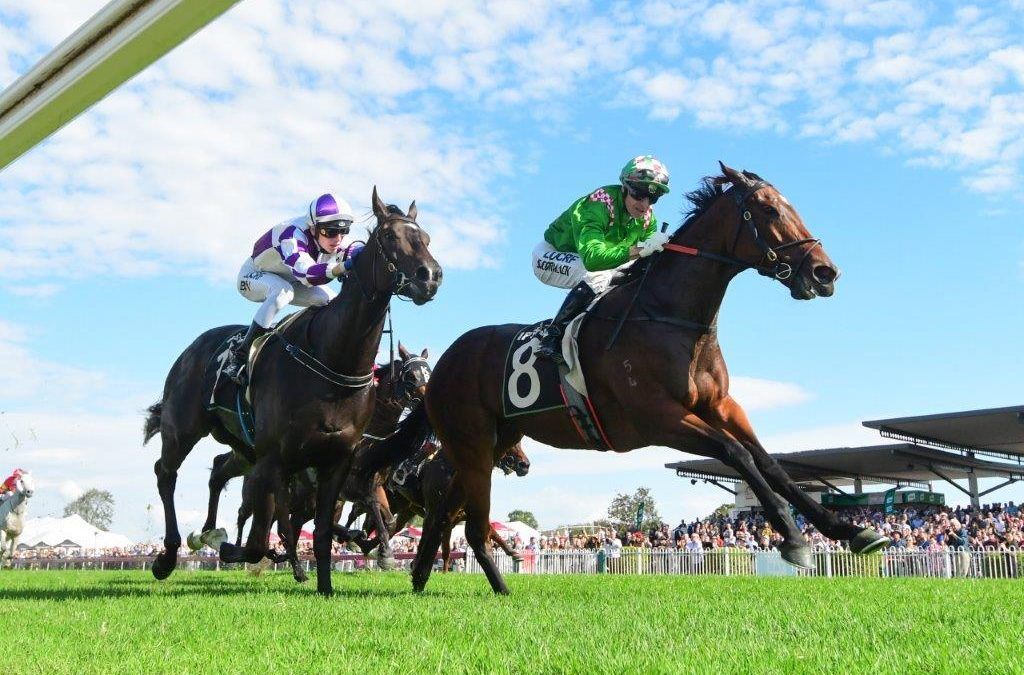 Talented mare SMARTYPY collected another piece of silverware for the stable and booked herself a trip to Grafton for next month’s feature $160,000 Ramornie Handicap with a thrilling win on Ipswich Cup Day on Saturday.

The Smart Missile mare made it three wins from her past five starts this preparation after producing her trademark sprint for jockey Sean Cormack to claim the Sky Racing Class 6 Hcp.

The Ipswich win continued Cormack’s growing association with SMARTYPY, having partnered her to three wins, a second and a third from five starts together this preparation.