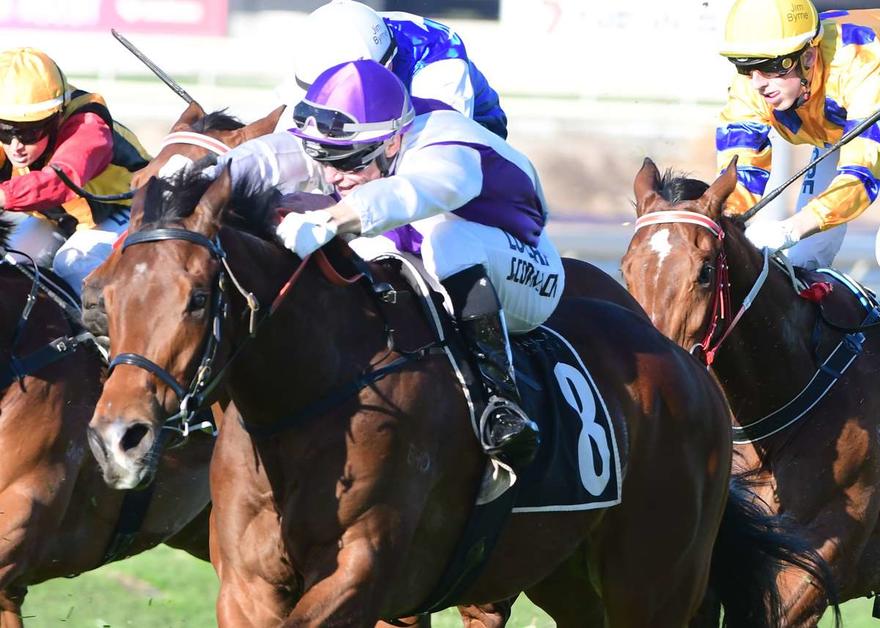 The son of Bel Esprit settled in his customary position at the tail of the field before unleashing his trademark sprint over the final 300 metres under jockey Sean Cormack to score a thrilling narrow victory.

The upset win was recorded against a handy field of 3YOs, including Saturday Metropolitan winner Miss Cavallo and the short-priced favourite Devils Marbles.

It marked the gelding’s second victory from just five starts and took his prizemoney earnings past the $50,000 mark.

The circumstances of the win were reminiscent of SPIRIT ESPRIT’s debut victory at the Sunshine Coast in April at start No.3 when he came from an impossible position to win.

Congratulations to his owners: Ms A T Durrington and Mr B H Durrington

COME RACING WITH US. VIEW OUR AVAILABLE HORSES