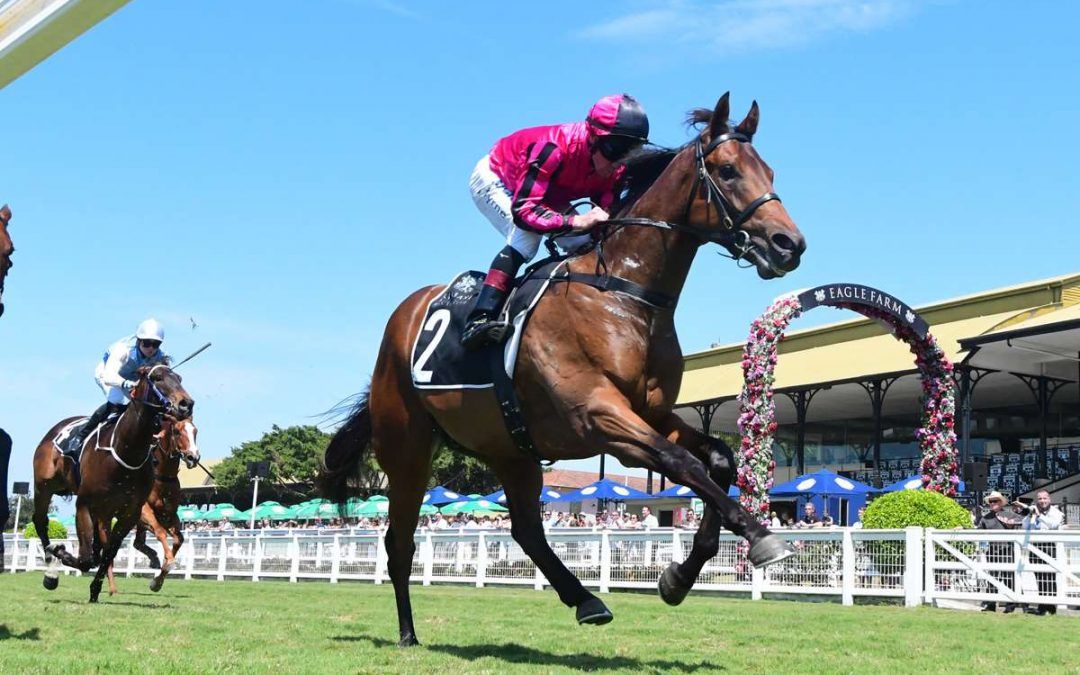 Trainer Chris Munce has booked leading Sydney jockey Nash Rawiller to ride KAVAK in the $2 Million Magic Millions 2YO Classic on January, as the replacement for the injured Jim Byrne.

KAVAK currently sits 13th in the Order of Entry for the race and had a tune-up with a nice second in a barrier trial at Doomben on Tuesday when ridden by apprentice Justin Huxtable.

Rawiller will be looking to make up for his defeat on protest in the 2012 Magic Millions when first across the line on the Gai Waterhouse trained No Looking Back, before the result was upheld and stablemate Driefontein was awarded the race.

A replacement was needed for regular jockey Byrne, who has been ruled out indefinitely with a broken leg after falling from KAVAK past the post when he finished second to RATHLIN last start.

“Nash is one of the best in the business and to get him is a real boost,” said Munce.

“Of course it also gives him a chance to make up for losing the Millions on protest a few years back.”

KAVAK is all but assured of a start in the $2 Million feature race and would give Munce his third starter in the race since taking out his trainers license.