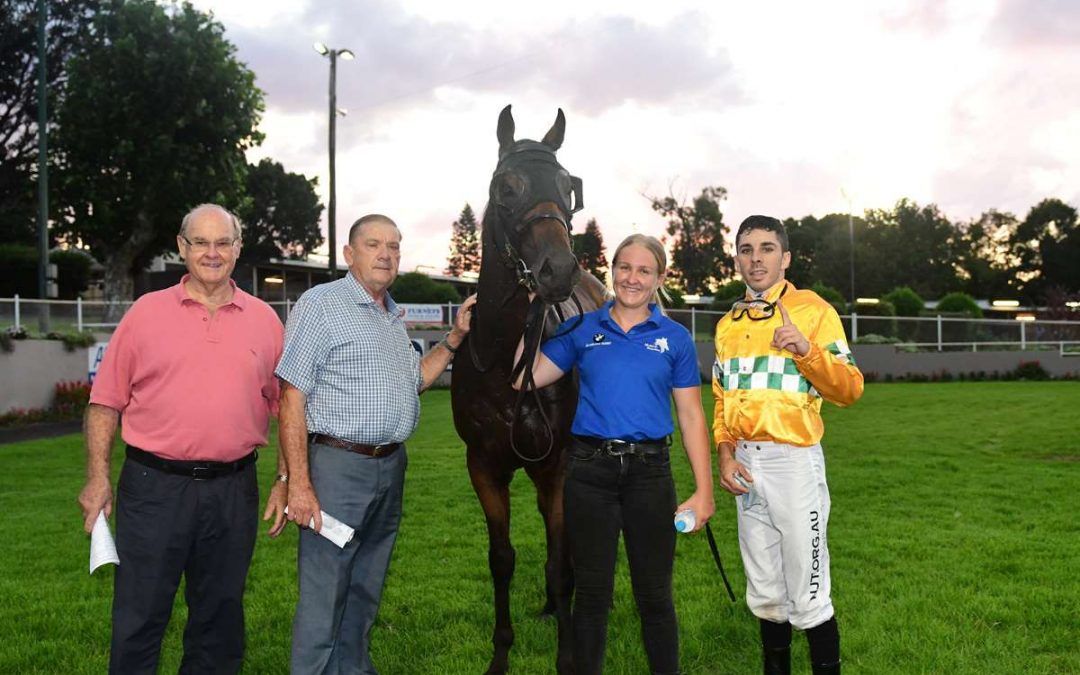 CHRISTMAS CREEK brought up a Saturday double for the stable and shrugged off his maiden status with a gritty win at Toowoomba on Saturday night.

The Hinchinbrook four-year-old headed into the race with eight minor placings to his name from 13 starts, but put his run of narrow defeats behind him with a hard fought 0.2 length victory under the urgings of jockey Beau-Dene Appo.

The win was a great result for his owners who have been rewarded for their patience with the gelding.

The result followed on from the win of stablemate STAMPE at Eagle Farm earlier in the day.