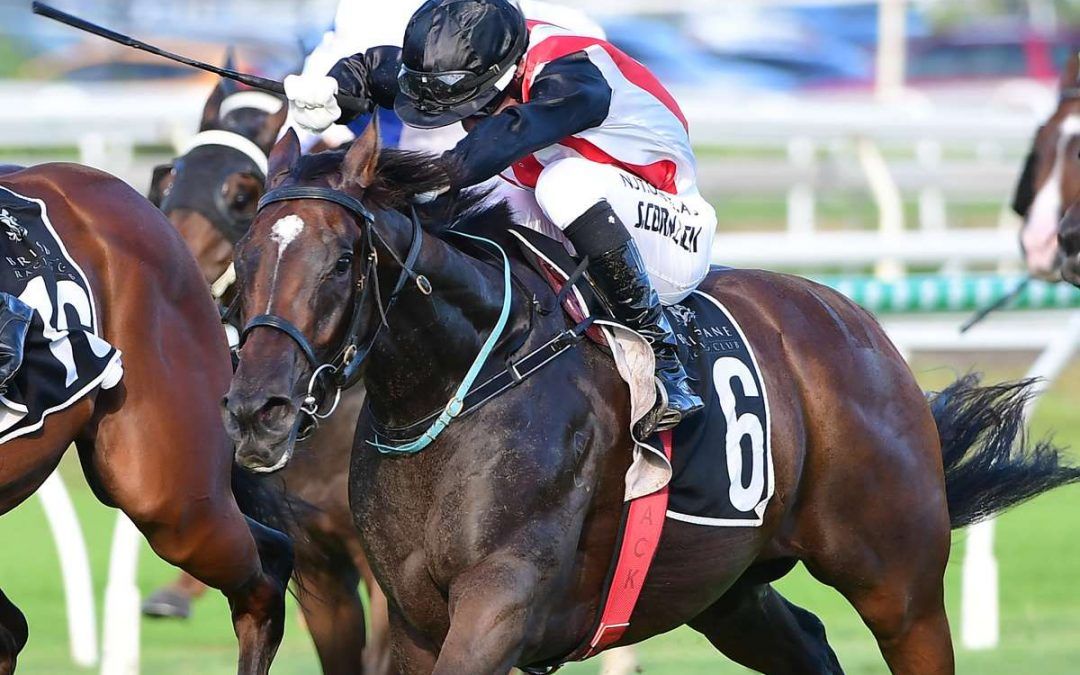 Progressive three-year-old STAMPE posted his fourth win from 12 starts with a fast finishing victory at Eagle Farm on Saturday.

Ridden more quietly than he has been in the past, the son of Whittington peeled out behind the leaders rounding the home turn and unleashed a strong sprint for jockey Sean Cormack.

Cormack has developed a strong affinity with STAMPE, with the pair combining for three wins and two seconds from six starts together.

The well-named three-year-old, who is out of the mare ENVELOPE, proudly wears the colours of Tulloch.

Gutzke raised STAMPE on his cattle property near Boonah.