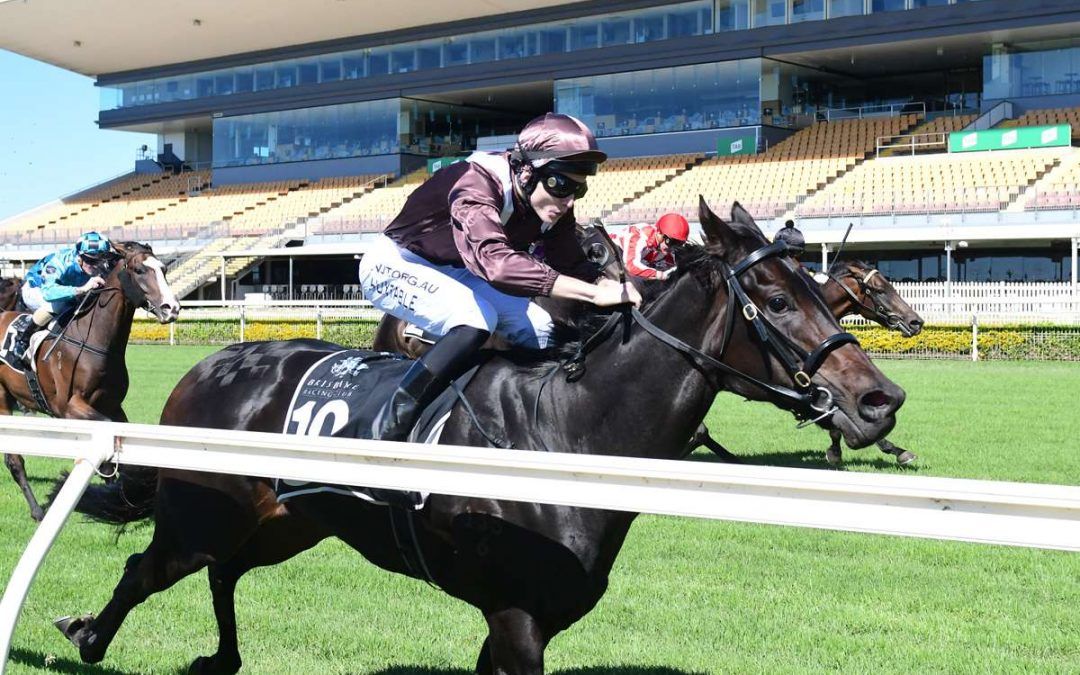 ‪Consistent filly ICONISTA broke through for her maiden victory at her third start for the stable at Doomben today.

Aided by a well judged front-running ride from apprentice Justin Huxtable, the three-year-old Denman filly avenged her two narrow defeats in recent weeks, relishing the step-up to 1600m to score by one length.

ICONISTA has been a model of consistency since being sent to Queensland to be trained by Chris Munce, recording a win and two placings from her three starts to date for the stable.

It continues Munce’s longstanding association with the Henderson Racing syndicate, having carried the colours to victory aboard Descarado in the Caulfield Cup.

‪Consistent filly ICONISTA breaks through at start No.3 for the stable courtesy of a well judged front running ride from @justin_hux23•‪Congratulations to owners @RacingHenderson 👏👏‬👏•‪That makes it 1️⃣ win and 2️⃣ placings from her 3️⃣ starts since joining the @chris_munce stable‬ @raceqld ‬