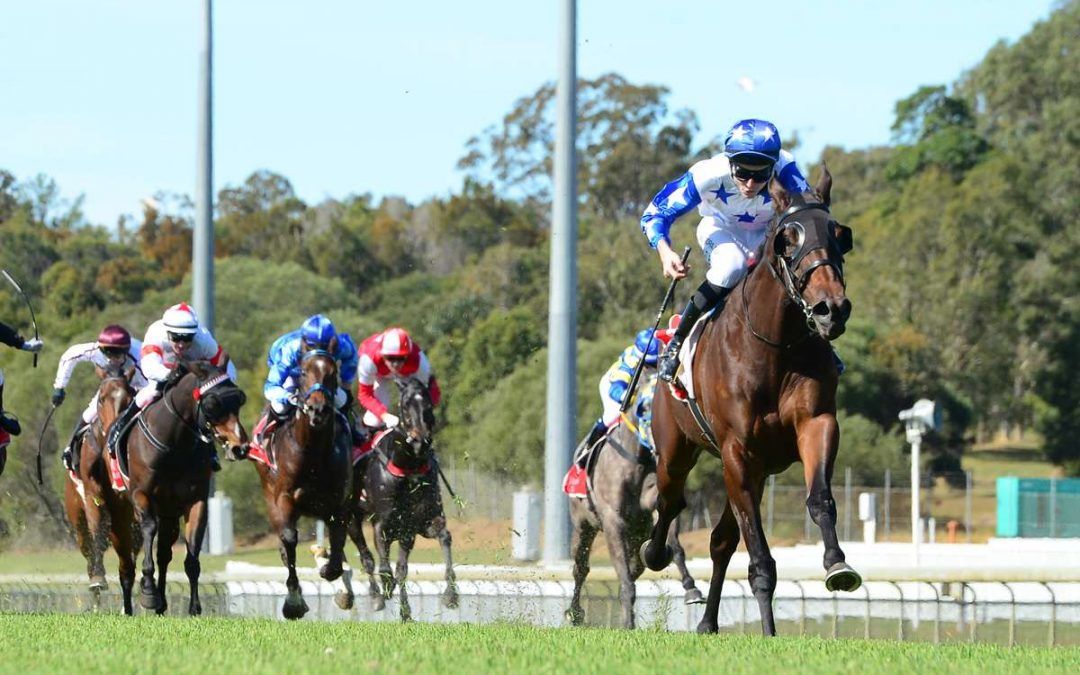 LADY BRAHMOS shed her maiden status in spectacular fashion with a resounding victory at the Sunshine Coast on Sunday.

The 3YO filly had been building towards her first win, with three placings in four starts since joining the stable, and on start number 10 rewarded the patience of her owners and the faith of the punters who had backed her into $1.55 in the opening race of the day, a Maiden Plate over 1000m.

The result was never seriously in doubt, with apprentice jockey Justin Huxtable putting her in the box seat and when he asked the daughter of Smart Missile for an effort in the home straight she responded in emphatic style, finishing some 8.75 lengths clear of the runner-up.

The winner’s cheque for $11,650 took LADY BRAHMOS’ career earnings to $45,925, and confirmed the potential she has shown in her career to date.