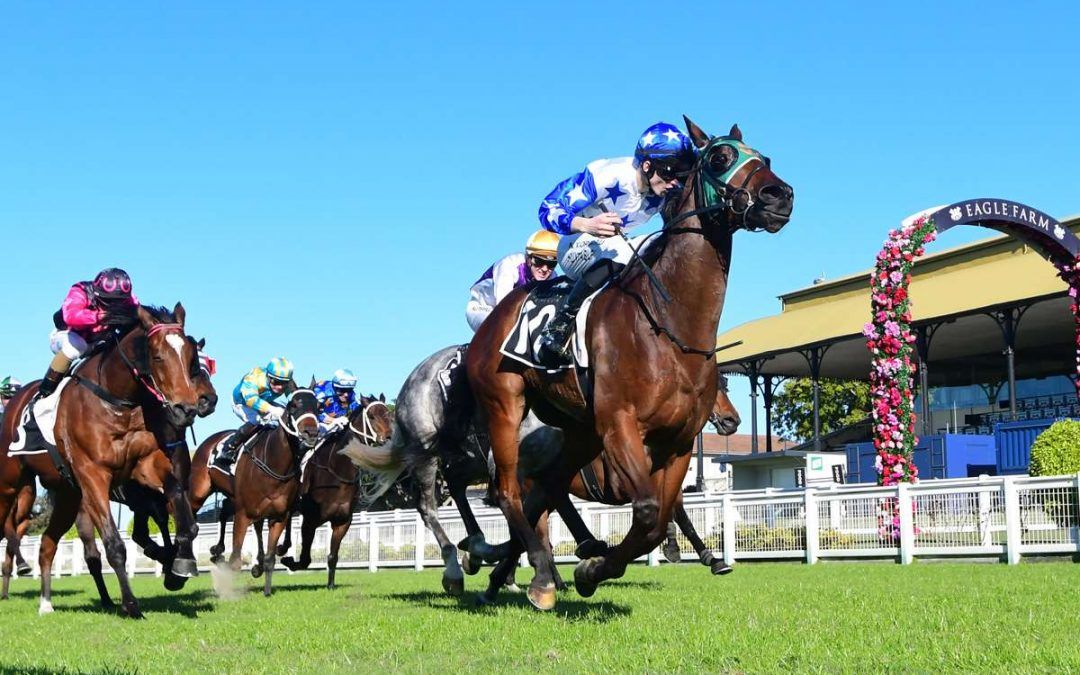 SMOOTH MOVE scored a maiden metropolitan success at Eagle Farm on Wednesday thanks to a textbook ride by Justin Huxtable in the Benchmark 70 Handicap over 1400m.

In only his second run for the stable, the 4YO gelding broke well from the outside gate and settled just off the speed, before hitting the front and staying on gamely to record his second career victory.

The win built on an encouraging first appearance for Munce Racing at the Gold Coast last month, when he finished a close fourth despite carrying the topweight and finding interference in the run.

The win therefore came as little surprise to his trainer, who believes SMOOTH MOVE may have a bright future ahead of him.

“He was a bit unlucky the other day at the Gold Coast, I thought his run that day was very good so we came to Eagle Farm today with a little bit of confidence,” said Chris.

“I said to Justin to give him the best possible ride, that’s exactly what he did and the horse did the rest.

“We think this horse has got a bright future. The way he won today, I’d say he’ll get out to a mile. He’s still learning what it’s all about, but I’m hoping he’ll make a nice horse in time.”

Congratulations to his owners, LDM Racing.