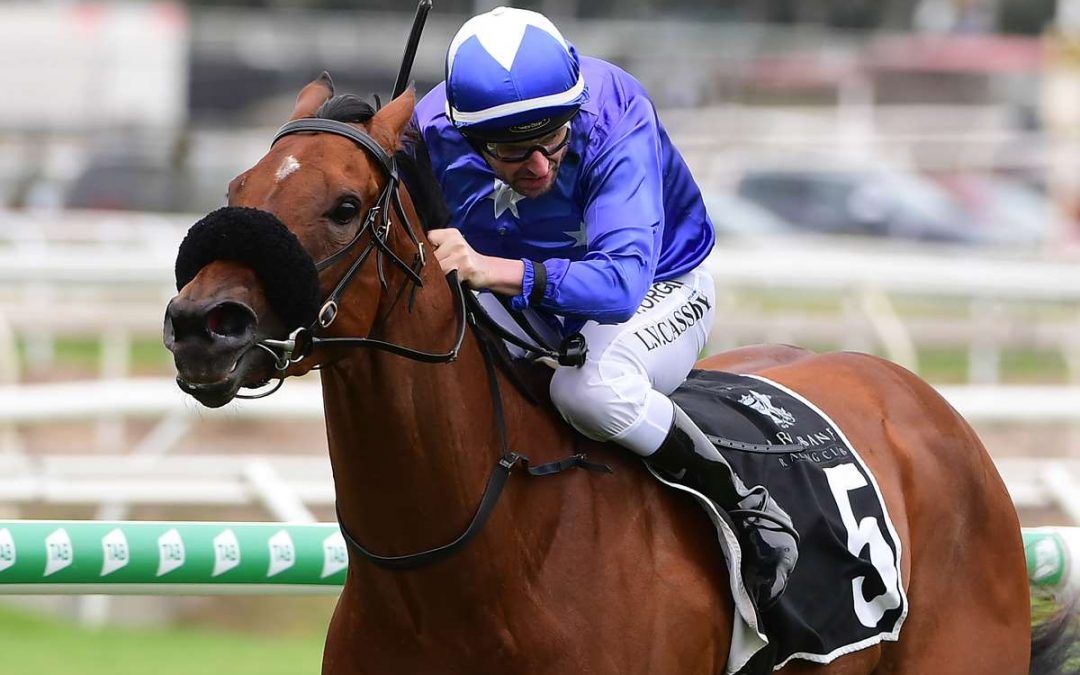 CENTREFIRE returned to winning ways on Wednesday with an all-the-way success at Eagle Farm.

Stepping up to 1300m for the first time in her career, the 3YO filly scored her third victory under a fine front-running ride from Larry Cassidy.

The daughter of Shooting To Win jumped well from the gates to allow Larry to control the pace of the race, and when he gave her a shake of the reins at the 200m mark the result was never seriously in doubt.

The win justified the faith shown by her trainer, who has a high opinion of CENTREFIRE and has seen enough in her work at home to predict that she would be competitive at a higher grade.

“She’s a brilliant trackworker and maybe she has got me in trouble because of it,” Chris admitted post-race.

“I really think she’s a Saturday class horse. I’ve been telling everyone how good she is, and it’s been getting a bit embarrassing. But at least the win saves me another red face! Hopefully she might be ready to live up to her trackwork now.”