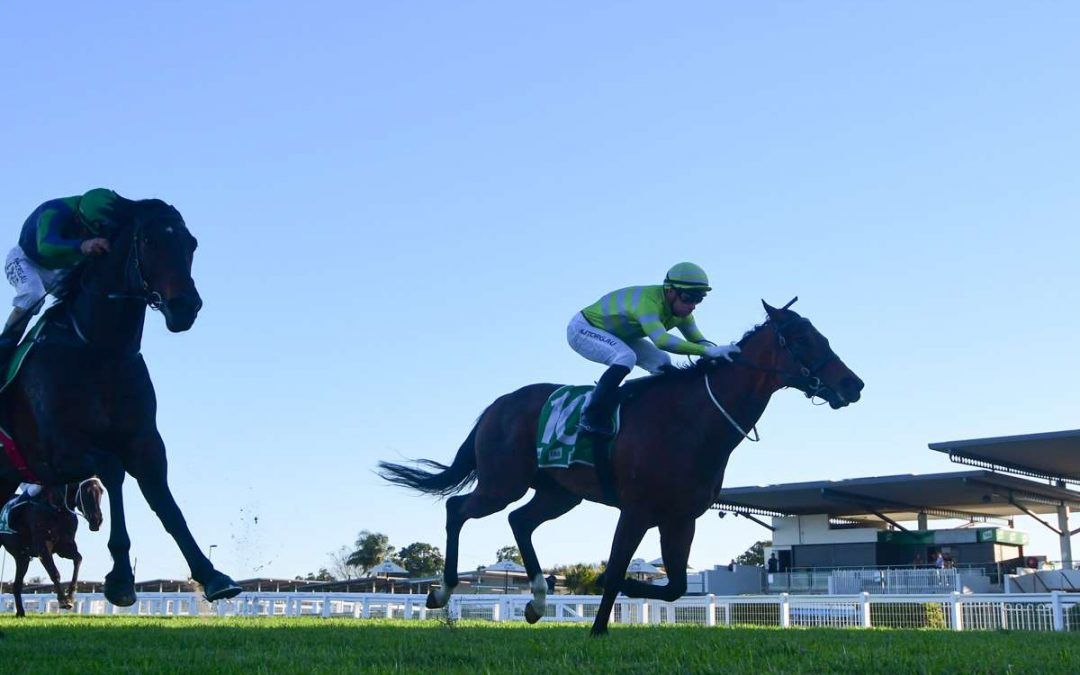 WOWSERS made it back-to-back wins to kick off his four-year-old preparation after flying home late to take out the TAB Class 2 Plate (1350m) at Ipswich on Wednesday.

The son of The Wow Signal got his 4YO campaign off to the best possible start after Ryan Wiggins delivered a well-judged ride to collar the leader in the shadows of the post.

It marked a second straight victory for WOWSERS, after he ended a 20-month spell out of the winner’s enclosure at his last start at Ipswich.

The stable has showed plenty of patience and it seems the penny has now dropped with the gelding, who is finally starting to fulfil the promise he showed as a juvenile.

“We’re really pleased with how he’s come back,” said Chris.

“He’s a lot more genuine now. He seemed to have lost his way there for a while, but he’s racing with much more confidence and enthusiasm now. He’ll continue to work his way through the grades and build his confidence, and we’ll think he’ll get out to the mile in time.”