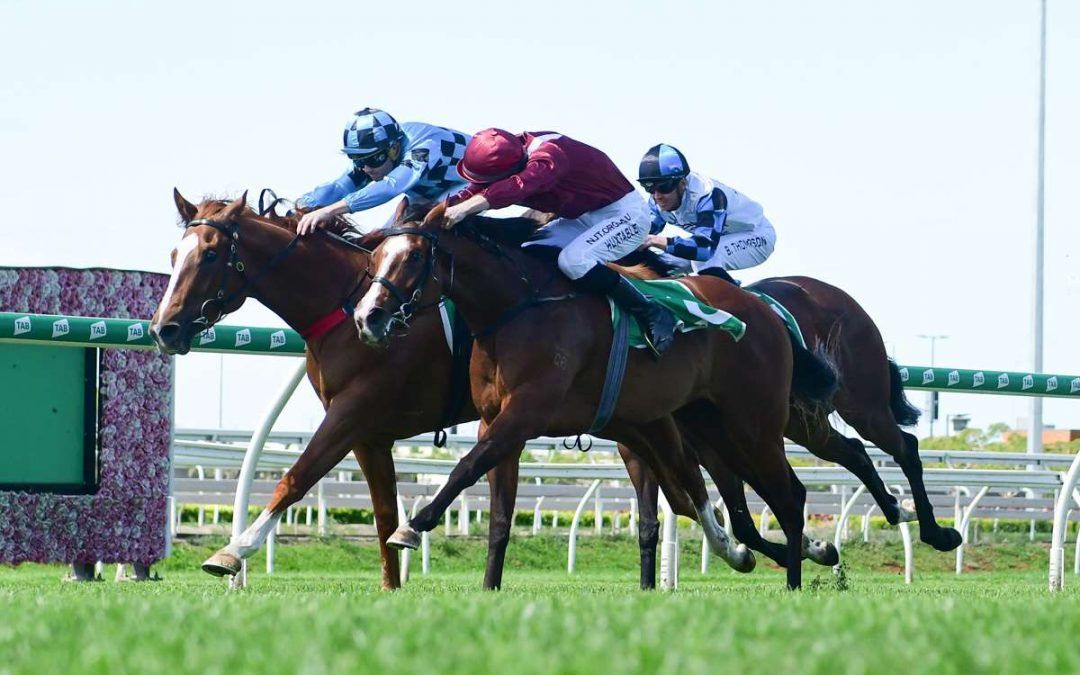 MISS TWENTY TWO broke through for her debut win after a dead-heat in the QTIS 3YO Fillies Maiden Plate at Eagle Farm.

The judge was unable to separate MISS TWENTY TWO and Daisy Street at the end of 1200m, as the pair flashed past the post together to share the spoils.

The victory came at only her second career start and was a marked improvement on her first outing at Gatton, where she was trapped wide throughout the race and showed some signs of greenness, which might have explained her starting price of $31 on Wednesday.

But the 3YO daughter of Shooting To Win is clearly a fast learner, and showed real fight to draw level having been briefly headed in the home straight by the co-winner.

Congratulations to her owners Glenlogan Park, here’s hoping the win is the first of many for MISS TWENTY TWO.