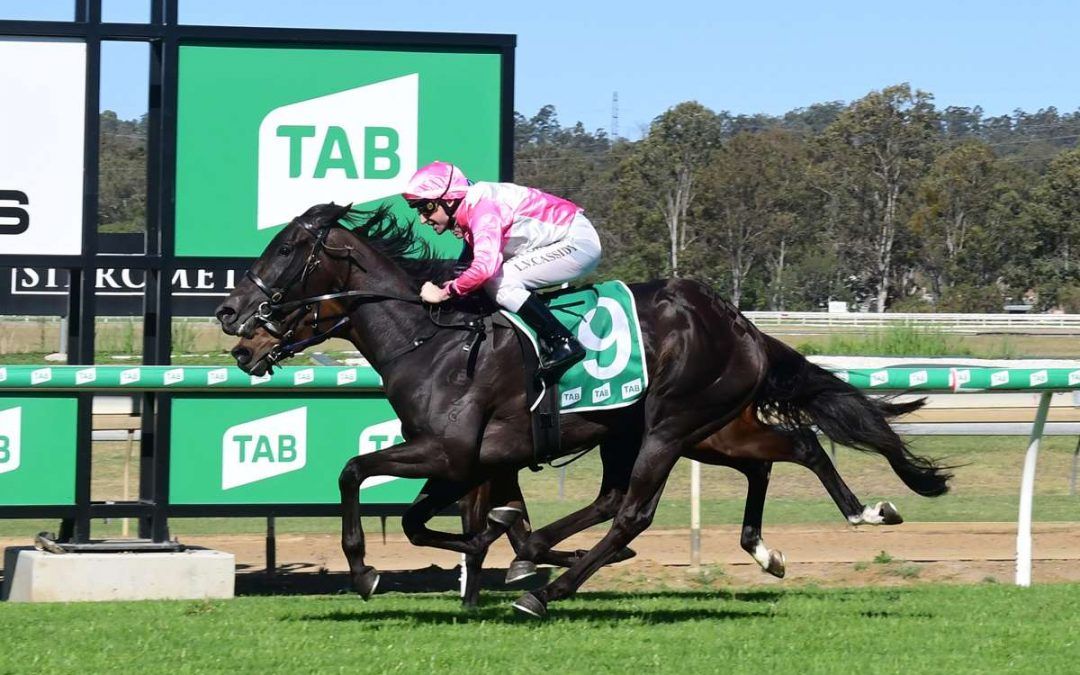 VALLEY OF DREAMS charged home to justify favouritism and break her maiden status at Ipswich on Thursday.

The lightly-raced 4YO mare, who was only having her fourth start, was sent off the $1.70 favourite and, despite getting back in the run, did the right thing by her backers with a late charge to the line.

Jockey Larry Cassidy never panicked, and when VALLEY OF DREAMS let down in the home straight she reeled in the runaway leader to win more cosily than the narrow margin might suggest.

After a close second in her previous outing, the stable travelled to Ipswich with a fair degree of confidence and the daughter of Falvelon rewarded that faith to claim the $11,650 winner’s cheque.

Congratulations to her owners Hancox Racing.