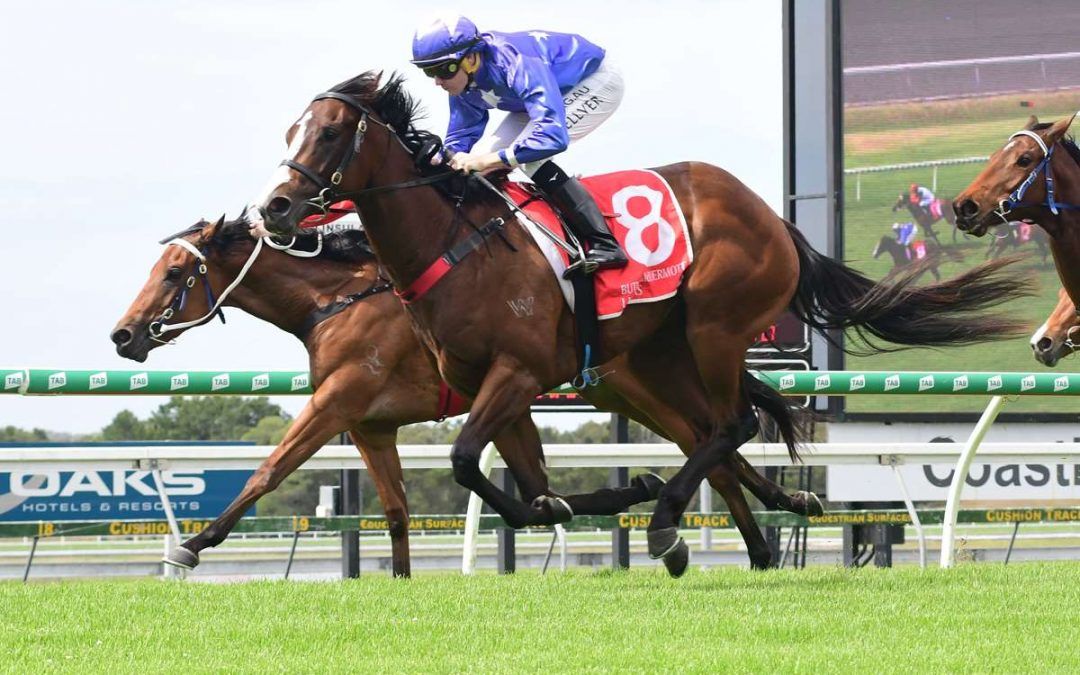 Flying filly BERDINI’S GIRL made the best possible start to her racing career when winning on debut at the Sunshine Coast.

The 2YO was making her first competitive appearance after two impressive trial performances, and finished strongly to claim the QTIS Two-Year-old Handicap over 1000m.

Despite being slowly away and finishing herself wide at the turn, Berdini’s Girl hit her straps in the home straight and came home best to score by 0.4 lengths under jockey Micheal Hellyer.