A REGAL RUN FROM ROYAL SHEEN 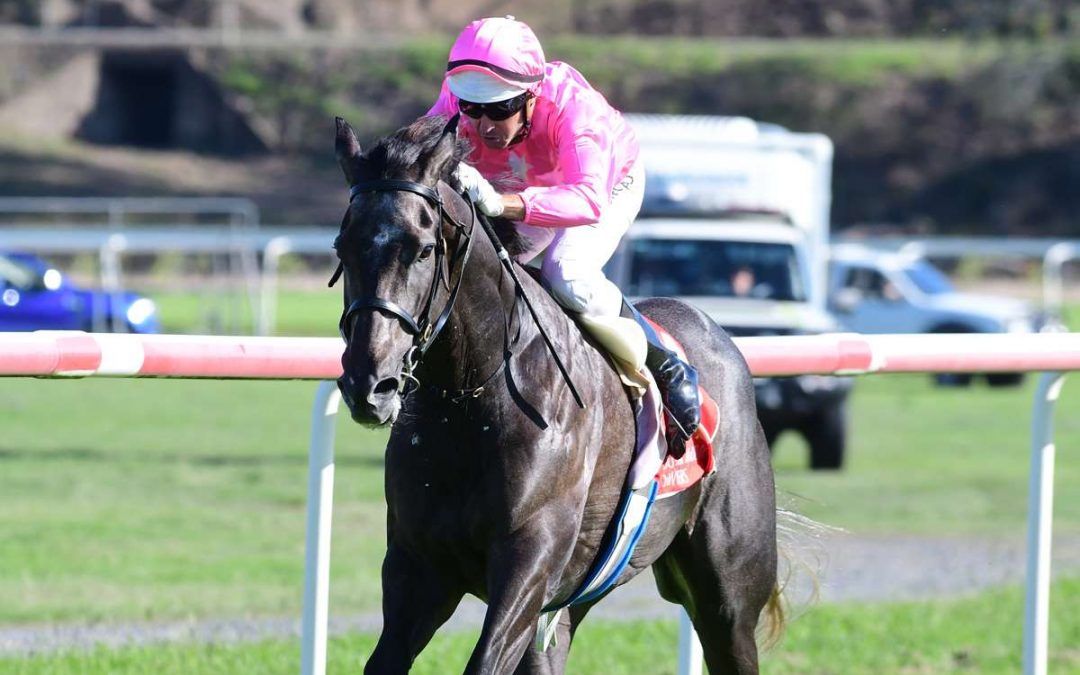 ROYAL SHEEN romped to victory in the Class 1 Plate (1500m) at Kilcoy to land an overdue win for his owner, Chris’ wife Cathy.

The 4YO by Top Echelon had been building towards a second career win, and the stable headed to Kilcoy with confidence after encouraging recent runs at Ipswich and on the Gold Coast.

The punters shared that confidence by backing ROYAL SHEEN into $1.50 favouritism, and after his jockey Brad Stewart had circled the field coming round the turn, the result was never seriously in doubt.

The pair put several lengths on the field, eventually winning by five after Brad eased him down near the line.

The win was ROYAL SHEEN’s first since March this year, and took his career earnings to $28,570.

Congratulations to Cathy and also to Brad, whose first ride on ROYAL SHEEN was a winning one.