BRANNIGAN STRIKES GOLD ON THE COAST 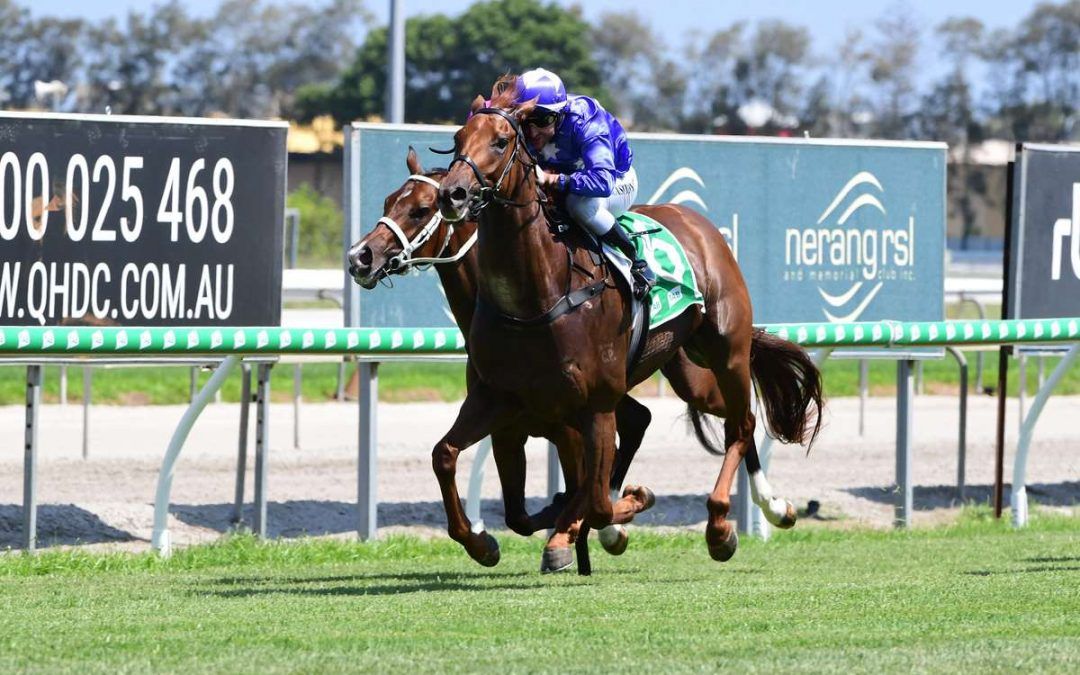 BRANNIGAN broke through for his first win on his fourth start after a gutsy performance at the Gold Coast.

After jumping from barrier 10 the chestnut 3YO was trapped wide for much of Wednesday’s Maiden Plate over 1400m, but he showed toughness to run down the long-time leader and pull away close to the line.

Off the back of a runner-up finish first-up at Ipswich, where he finished strongly having been sixth at the 400m mark, the punters latched onto BRANNIGAN at the Gold Coast meeting and he obliged under jockey Larry Cassidy.

The winner’s cheque for $19,8000 took his career prizemoney earnings to $32,000, meaning he is already more than half way towards repaying the $60,000 Munce Racing paid for him at the 2019 Magic Millions Gold Coast March Yearling Sale.