ONE MORE PINOT BACKS UP AT BALLINA 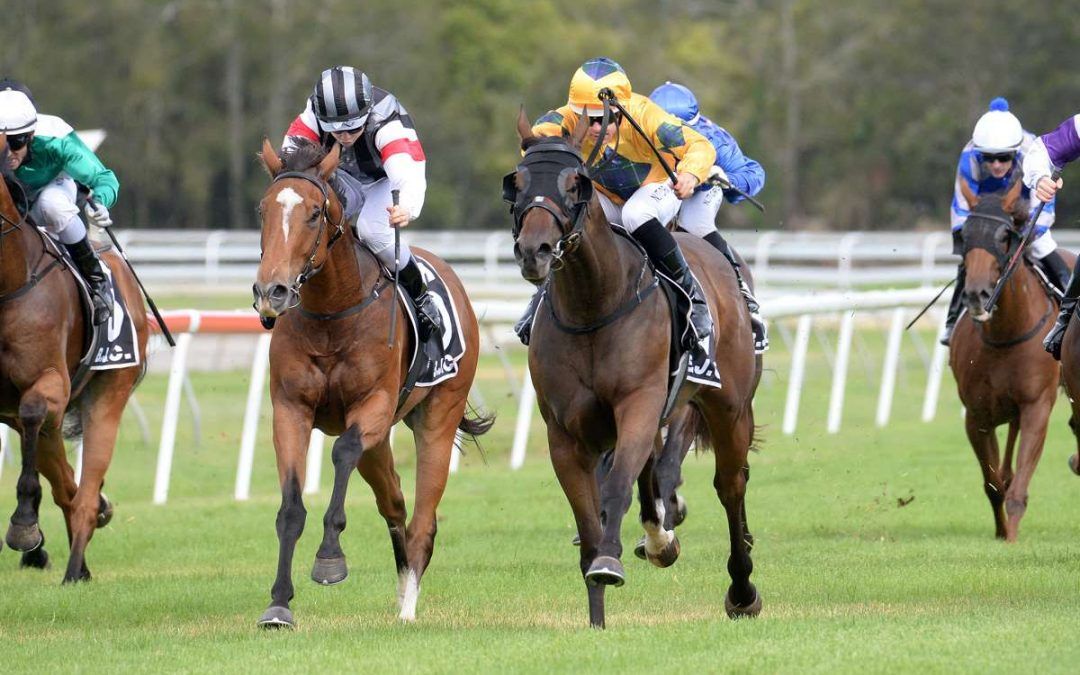 ONE MORE PINOT made light of the step up in grade from a maiden to a Class 1 Handicap to claim a second straight win at Ballina.

The seasoned traveller appears to enjoy road trips, having followed up his maiden win at Dalby with a productive 300km journey over the NSW border and back.

The stable identified the 1260 metres contest as the ideal race for ONE MORE PINOT, and the plan worked to perfection as the 3YO son of Jet Spur scored a fairly comfortable victory.

Travis Wolfgram settled him just off a hot early speed, and after cruising past the leaders in the home straight the pair won by 1.75 lengths. It was also Travis’ second win from his last two rides for Munce Racing, after he partnered BETTER RUSH to victory at the Sunshine Coast on Sunday.

Having waited eight races to break his maiden, ONE MORE PINOT has now quickly taken his career earnings to $28,600 thanks mainly to his back-to-back wins.