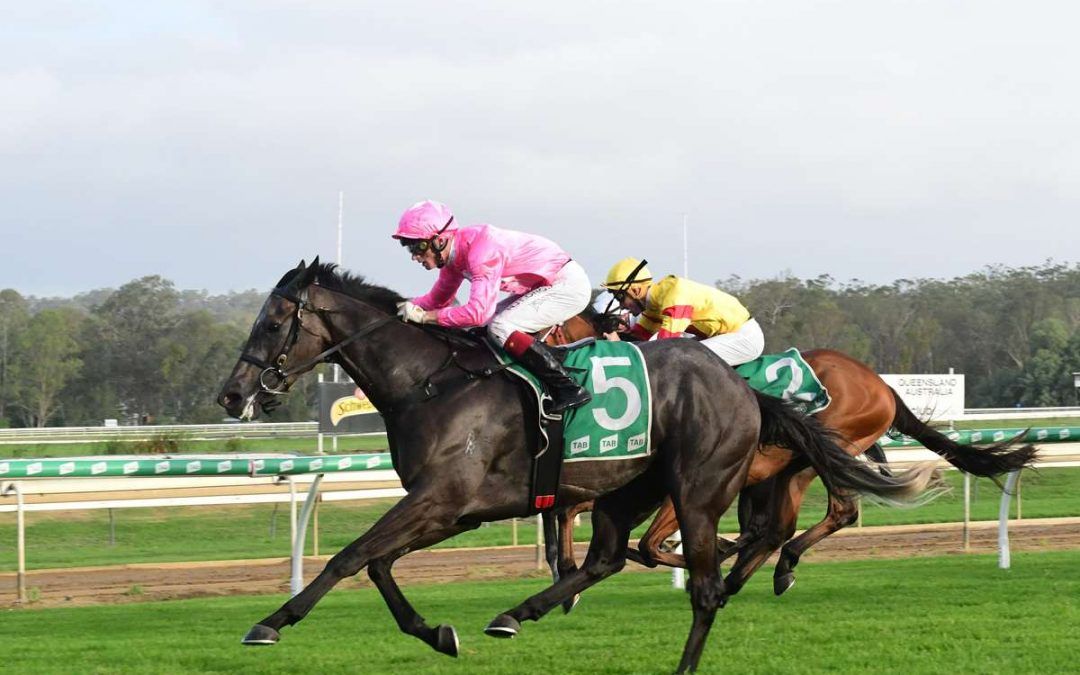 ROYAL SHEEN bounced back to form in style with an impressive win in the Colts, Geldings and Entires Benchmark 58 Handicap at Ipswich.

Defying a betting drift to $10 from an opening quote of $4, ROYAL SHEEN flashed down the home straight to record a third career win for his owner, Cathy Munce.

Jockey Kyle Wilson-Taylor took the reins on ROYAL SHEEN for the first time, and to his credit the young apprentice refused to panic after the pair were slowly away. Having peeled ROYAL SHEEN to the outside after the turn, the son of Top Echelon picked up nicely and went past his rivals with relative ease.

It was ROYAL SHEEN’s first win from four starts at Ipswich, and took his prizemoney earnings past $40,000.