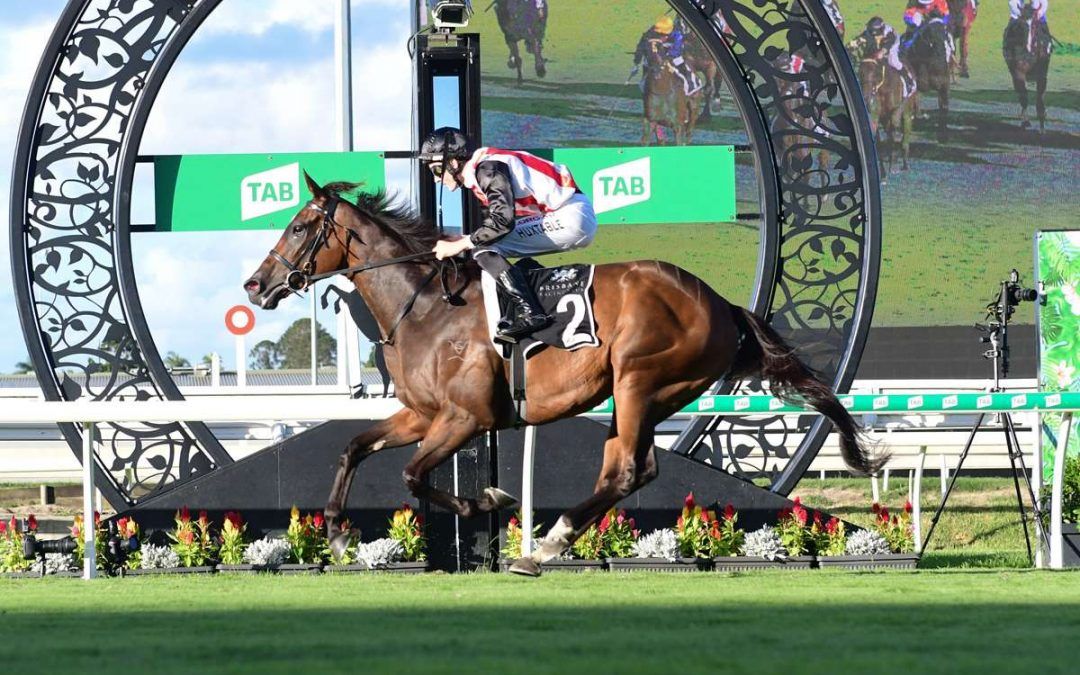 Having just missed out on victory on his last start in The Gateway, STAMPE made amends with an impressive win at Eagle Farm on Saturday.

Five of STAMPE’s six career wins have now been in the city, with his most recent success coming in the QTIS Entires & Geldings Class 6 Handicap (1400m) under his regular rider Justin Huxtable.

The pair went down by a short head in the Magic Millions-qualifying The Gateway two weeks prior, but there was no denying the son of Whittington this time as he kicked clear in the home straight to win by two lengths.

Remarkably, the win took STAMPE’s career prizemoney earnings to $443,400, and moved the stable up to third place in the overall Queensland Trainers’ Premiership.

Congratulations to Phillip Gutzke and Malcolm Schumacher, the owner-breeders of STAMPE, who races in the famous Tulloch colours.